The following excerpt screenplay is from an upcoming short horror film, "The Shell," written by Mike Lera, adapted from his story "The Seashell" published in an anthology titled "Timeless Worlds" by Schlock! Publications (under former pen name "Michael Lizarraga"). The Shell is currently in post production. View the trailer at "Trailers."

Synopsis: A re-telling of the classic La Llorona tale, a woman and her stepson uncover a mysterious seashell that expels more than just “ocean sounds.”

Gloria Stanson suffers from severe mental instability and is willing to do whatever it takes to keep a past terrible deed a secret, including murder. Yet unbeknownst to her is a supernatural presence that has entered her life, capable of stopping her for good.

Gloria pauses as the light flickers a bit, then stops. She hears VOICES, echoed and distant. She gawks toward the sink, at the SEASHELL. She ends the call. She stares intensely at the shell, wincing as she hears

noises again, from the shell’s mouth. CHILDREN’S giggles,
echoed and distant, as if in a basement or cellar. Gloria
grabs the seashell, studies it, listens as the echoed
LAUGHING continues. She then hears a distinctive CHILD’S
voice. A little girl’s. Then, silence. She puts the shell’s mouth to her ear. From INSIDE the shell,
we hear:
UNDERWATER SOUNDS OF THE OCEAN DEEP - far different than any normal seashell. Lapping and swishing of UNDERWATER CURRENTS. Movement and noises of MARINE LIFE. 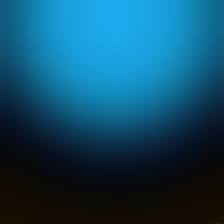 Gloria’s mouth hangs agape with disbelief. Keeping the shell PRESSED to her ear, she hears WHISPERS again - a LITTLE BOY and GIRL. The voices shift, from echoed and distant to gurgling underwater talking sounds. 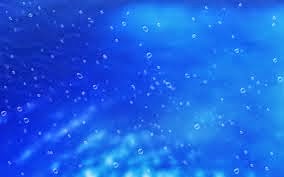 Stacey... Casey...?
Removing the shell from her ear, she peers closely into its
wide opening, seeing only its hollow cave-like mouth.
SUDDENLY, BLACK/GREEN SEA SLUDGE explodes out of the shell’s mouth, catching Gloria’s face, the entire right side covered in slime. STEAM ascending from her MELTING face, Gloria frantically tosses the shell to the floor. Gloria watches with bulging eyes as
BLACK/GREEN SLUDGE-LIKE LIQUID pours lavishly out of the
shell’s mouth, onto the floor, spreading rapidly toward the
wailing Gloria, backing her against the shower door. NO WAY to escape. Her eyes widen more at the sound of CREATURES from the shell, distant at first, then getting nearer. The light flickers, then SHUTS OFF COMPLETELY. EVERYTHING PITCH BLACK.
INT. BATHROOM - PITCH BLACK - SAME
We HEAR the skitters, squeaks and squeals from assorted OCEAN CREATURES, an impression that they’re coming out of the shell’s mouth. We hear Gloria shrieking, then SHOUTING hideously from fear and pain, creature noises escalating.
We then hear the echoed and distant WHISPERS of children. 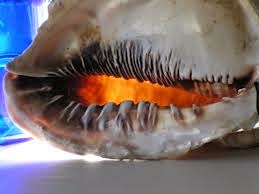 For the complete book version of The Shell, you may purchase "Timeless Worlds," (titled The Seashell), a horror anthology from Schlock! Publications, at "Goodreads":

Also feel free to toss a comment (or question or concern or derogatory remark) on my blog page: LizarragasBogBlog.BlogSpot.com.